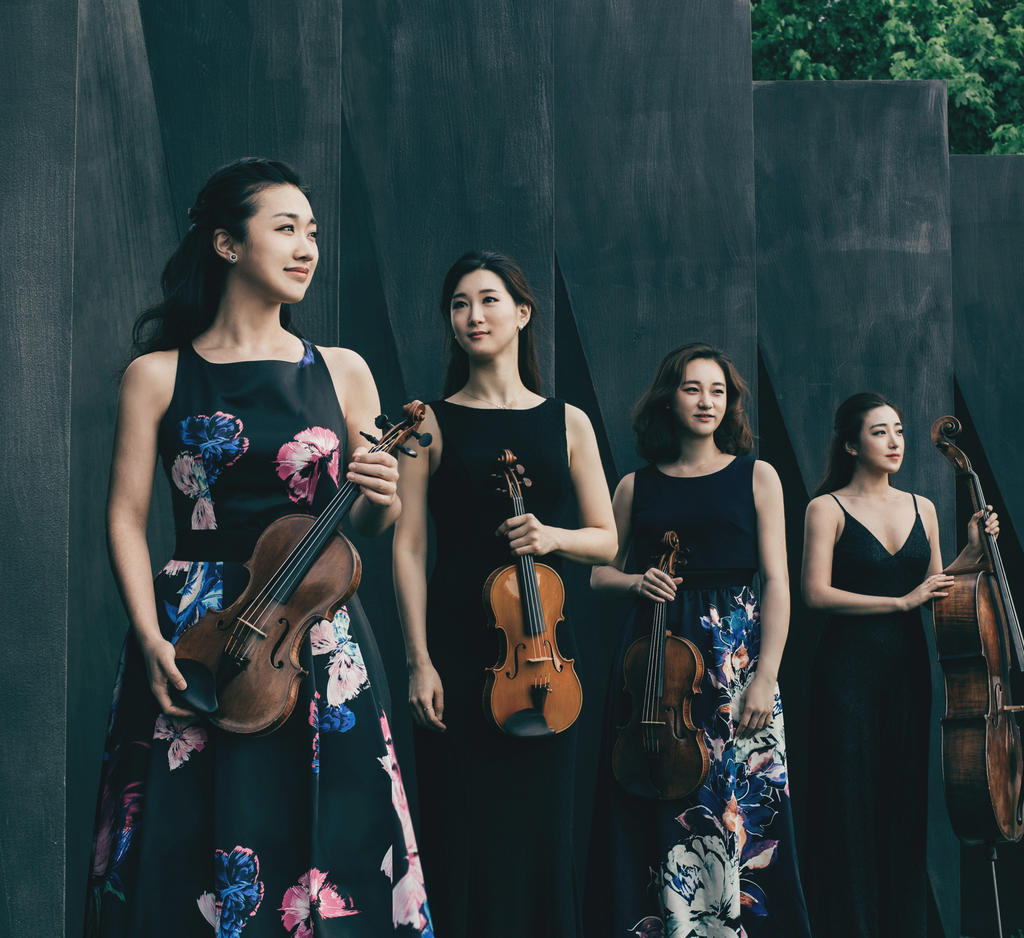 "It was the Esmé’s monumental Schubert Quartet that was the Michelin-starred meal." | Strings Magazine

Winning the first prize and sweeping four of the special prizes, among them the Mozart and Beethoven prizes, at the 2018 London Wigmore Hall International String Quartet Competition the Esmé Quartet made a sensational entrance into the string quartet world. Subsequently, they were invited and started touring internationally playing concerts at festivals and concert halls such as the Lucerne Festival in Switzerland, the Wigmore Hall and throughout the UK, at the Flagey Musiq3 Festival in Brussels, Auditori di Barcelona, the Opéra de Lille, the Heidelberg String Quartet Festival, the Haydn String Quartet Festival in Schloss Esterházy in Fertöd, Hungary and Classic Esterházy in Eisenstadt, Austria. In the summer of the same year, they were named as the quartet in residence at the Aix-en-Provence festival and also appeared at the McGill International String Quartet Academy in Montreal.

In 2019, the quartet was awarded the HSBC Laureate of the Festival Aix-en-Provence and the first prize of the 55th Possehl Musikpreis Lübeck. They recorded their debut CD with works by Ludwig van Beethoven, Unsuk Chin, and Frank Bridge on the label Alpha Classics. The recording was released in early 2020 and has achieved critical acclaim with a 5 star review from Diapason d’Or and was named as one of the best classical albums of 2020 by WQXR radio in New York.

They were named the first Artists in Residence at the Lotte Concert Hall, Seoul, Korea for the season 2020/2021 and in October 2020, the quartet was awarded the Hans-Gál Prize by the Academy of Sciences and Literature Mainz and the Villa Musica Foundation. 2021 will see return invitations to the Festival Musiq3 and Wigmore Hall, an Italian tour and return engagements in Germany and Portugal.

In season 2021/22 the quartet will perform on tour for the first time in North America and Japan, besides concerts in prestigious venues such as Elbphilharmonie Hamburg or Schleswig-Holstein Musik Festival.

The name of the quartet , "Esmé", is borrowed from an old French word meaning ‘being loved‘. Based in Germany, the group was formed in 2016 at the Hochschule für Musik in Cologne and is comprised of four Korean musicians that were in their youth acquainted with each other as friends and shared common interests and passions in music, the arts, and life. The quartet has been mentored in masterclasses with artists such as Günter Pichler (Alban Berg Quartet), Alfred Brendel, Eberhard Feltz, Andraś Keller, Christoph Poppen and Jonathan Brown (Cuarteto Casals). Esmé studied with Heime Müller (Artemis Quartet) at the Hochschule für Musik Lübeck, Germany, and is currently studying with Oliver Wille (Kuss Quartet) at the HMTM Hannover. 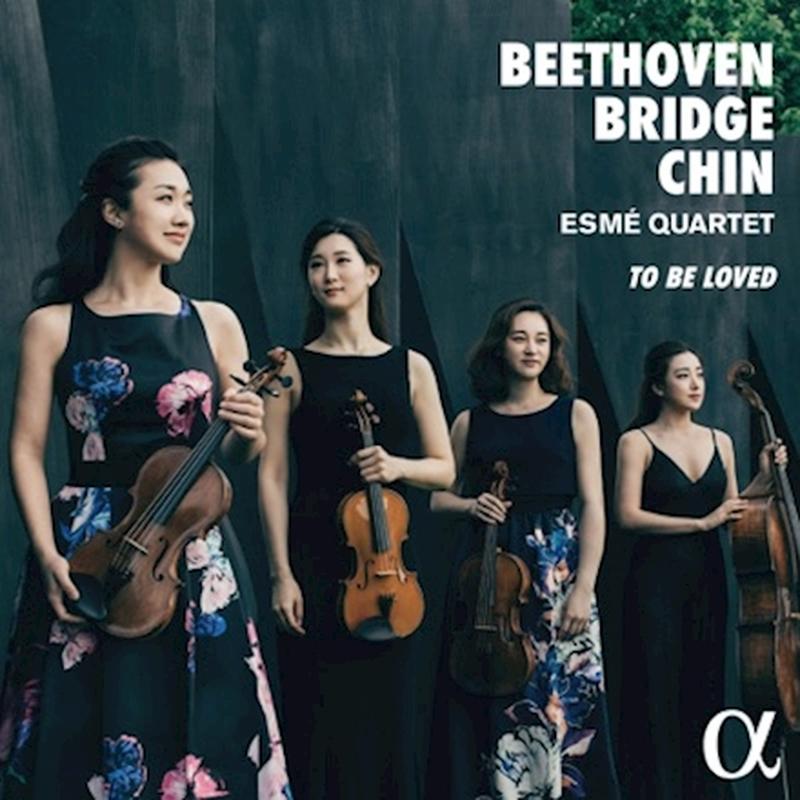 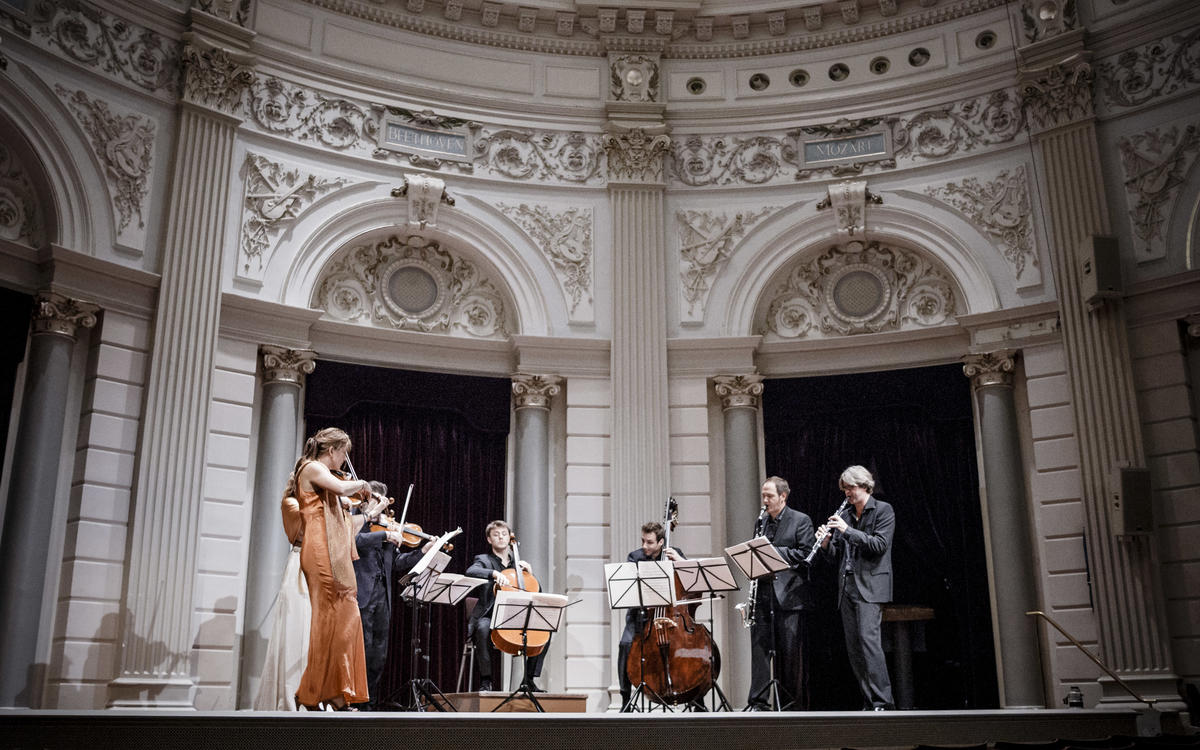