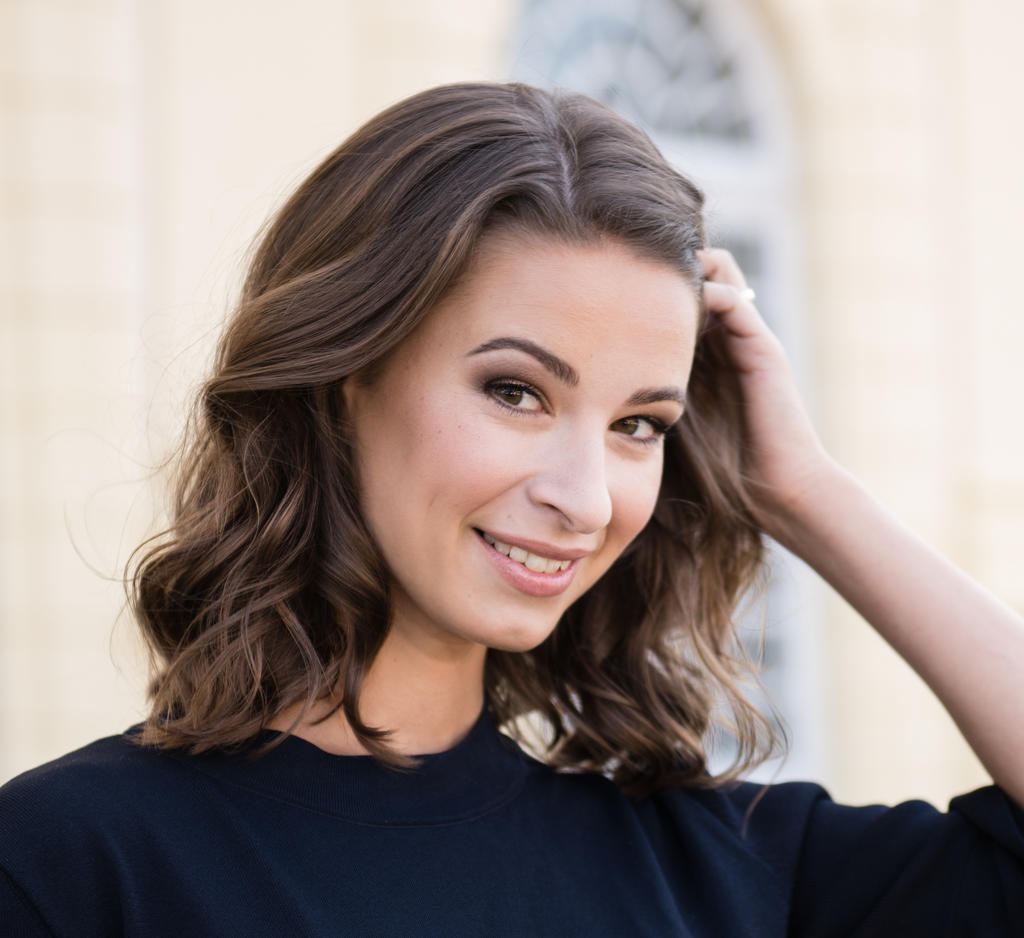 Born in Bietigheim-Bissingen near Stuttgart, German soprano Marie-Sophie Pollak studied with Prof. Gabriele Fuchs at the University of Music and Performing Arts in Munich, where she completed her studies with distinction.

At the Innsbruck Festival of Early Music, Marie-Sophie gave her early debut as Vespetta in Georg Philipp Telemann’s musical comedy Pimpinone or The Unequal Marriage in 2011, subsequently appearing in Alessandro Scarlatti’s La Dirindina and as a soloist in Johann Sebastian Bach’s Mass in B minor, both conducted by Alessandro De Marchi. At the Bruckner Festival in Linz she could be heard as Bemira in Georg Philipp Telemann’s opera Miriways under Michi Gaigg and L’Orfeo Barockorchester, whereas the Music Festival Potsdam Sanssouci invited her for a Handel pasticcio entitled The golden Apple and for a scenic adaption of Johann Sebastian Bach’s so-called “Peasant Cantata” BVW 212 with the Belgian B’Rock Orchestra under Olof Boman.

Further roles on the opera stage include Despina in Mozart’s Così fan tutte, Blonde in Die Entüfhrung aus dem Serail, Merab in Handel’s Saul, Almirena in Rinaldo as well as Belinda in Purcell’s Dido and Aeneas.

First important highlights of her international career include Haydn’s oratorio The Seasons under the baton of Kent Nagano at the Audi Summer Concerts and her debut at the Musikverein Wien in Handel’s Susanna with the Orchester Wiener Akademie under Christoph Haselböck. Marie-Sophie Pollak gave her debut at the Théâtre du Châtelet in Paris as Tamiri in Mozart’s Il re pastore led by Jean-Christophe Spinosi and his Ensemble Matheus, sang Mozart’s concert aria “Ch'io mi scordi di te“ (K. 505) with the Orchestra della Svizzera Italiana conducted and accompanied by Christian Zacharias at the piano, and subsequently performed Handel’s Messiah under Václav Luks and Collegium 1704 on tour in Prague and Dresden. Further appearances saw her performing in Bach’s Christmas Oratorio and Mass in B minor at the Herkulessaal Munich and the Musikverein Wien, followed by a program with three selected Bach cantatas at the Vienna Konzerthaus led by Luca Pianca.

During the season 2017/2018 she appeared as a soloist in a recital presenting orchestrated Schubert songs along with Camerata Salzburg and in an adapted scenic version of Bach’s Christmas Oratorio at the Hamburg State Opera, choreographed by John Neumeier and conducted by Alessandro de Marchi. In addition, Marie-Sophie sang Haydn’s oratorio The Seasons at Hamburg’s Elbphilharmonie under the baton of Kent Nagano, followed by a tour with The Creation under Thomas Hengelbrock and his Balthasar-Neumann-Chor und –Ensemble. With the latter, Marie-Sophie also gave her debut at the Tonhalle Zürich with Mendelssohn’s oratorio Elias. Accompanied by the Berlin-based Akademie für Alte Musik, Marie-Sophie sang the role of Amore in Gluck’s Orfeo ed Euridice under Alexander Liebreich in Katowice, appearing further as a soloist in Mozart’s Great Mass in C minor under Kent Nagano and the Philharmonic State Orchestra Hamburg. Besides participating in the traditional New Year’s Eve concerts at Hamburg’s Elbphilharmonie, Marie-Sophie Pollak also appeared as L'Amour in a new production of Gluck's Orphée et Eurydice (French version of 1774) at Hamburg’s State Opera, once again choreographed by John Neumeier and conducted by Alessandro De Marchi.

Further highlights include a collaboration with the recently-founded Vox Orchester under Lorenzo Ghirlanda featuring Handel’s Alexander’s Feast, Gluck’s Orphée et Eurydice at the Festspielhaus Baden-Baden, Beethoven’s Egmont with Sir Roger Norrington and Camerata Salzburg, a choir concert at the Schubertiade Festival in Hohenems, her debut with the Orchestre Symphonique de Montréal in Bach’s Christmas Oratorio under Kent Nagano, Handel’s Messiah with Montréal’s Les Violons du Roy and Ottawa’s National Arts Centre Orchestra, both under the baton of Bernard Labadie.

Future projects of the current season include a recital concert with the Akademie für Alte Musik Berlin as part of the traditional Wartburg concerts in Eisenach, Mozart's Requiem with the Collegium 1704 under Václav Luks in Tours, Handel's Laudate pueri and Ode for St. Cecilia's Day with the Freiburg Baroque Orchestra under Jörg Endebrock in the frame of the Hamburg Bach Weeks 2021 at St. Michaelis, as well as a revival of John Neumeier's choreographed version of Bach's Christmas Oratorio at the Hamburg State Opera conducted by Gianluca Capuano.

In March 2022, Marie-Sophie Pollak will eventually appear as Vespetta in Telemann's comical interlude Pimpinone or The Unequal Marriage as part of the Magdeburg Telemann Festival. Accompanied by the Akademie für Alte Musik Berlin and led by Georg Kallweit, this project was supposed to take place already in March 2020 but had to be postponed due to the worldwide outbreak of the Covid-19 pandemic. 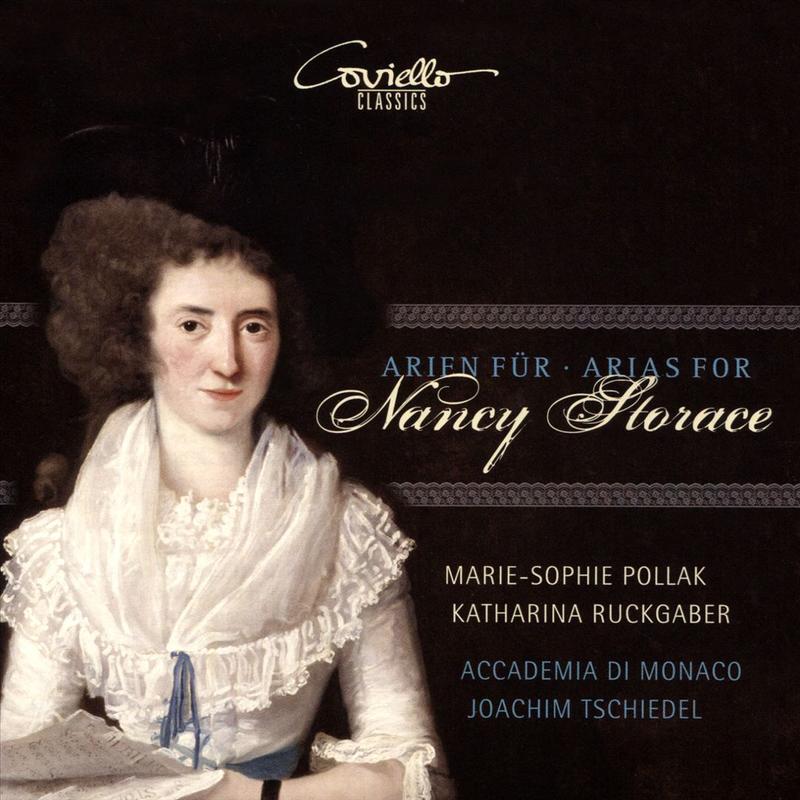 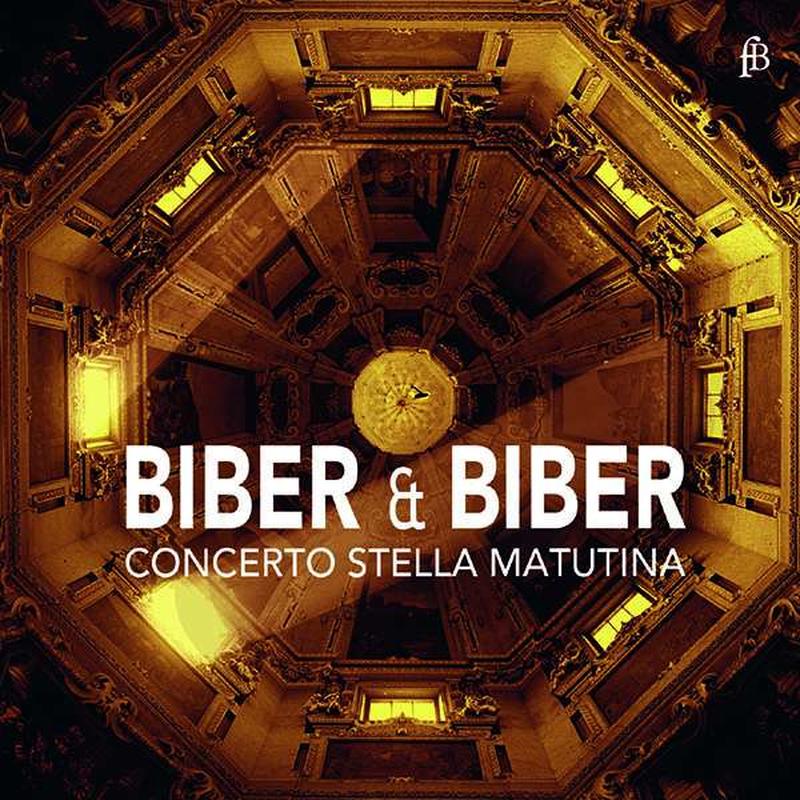 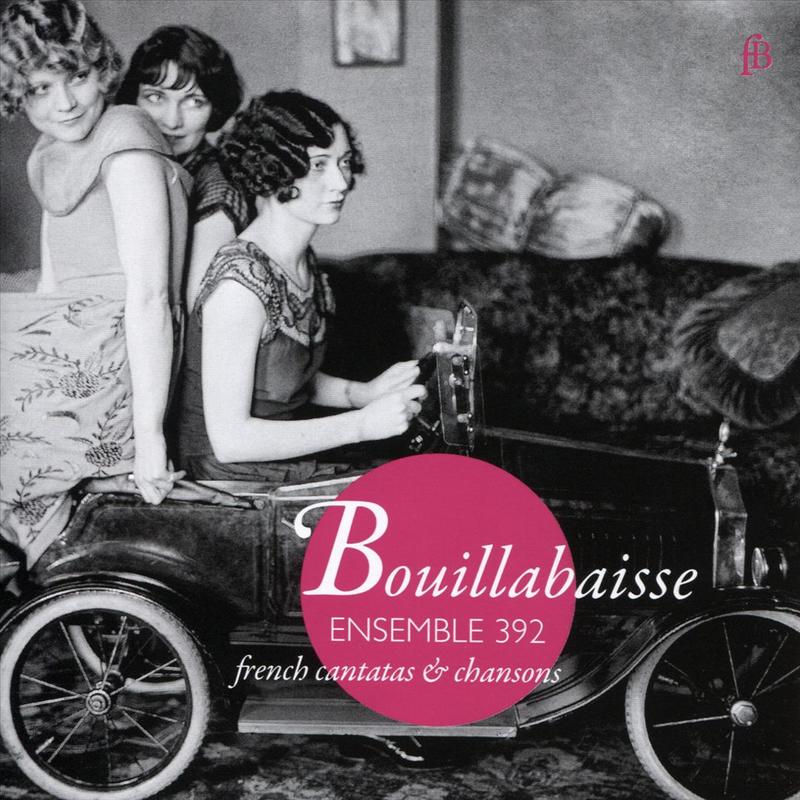 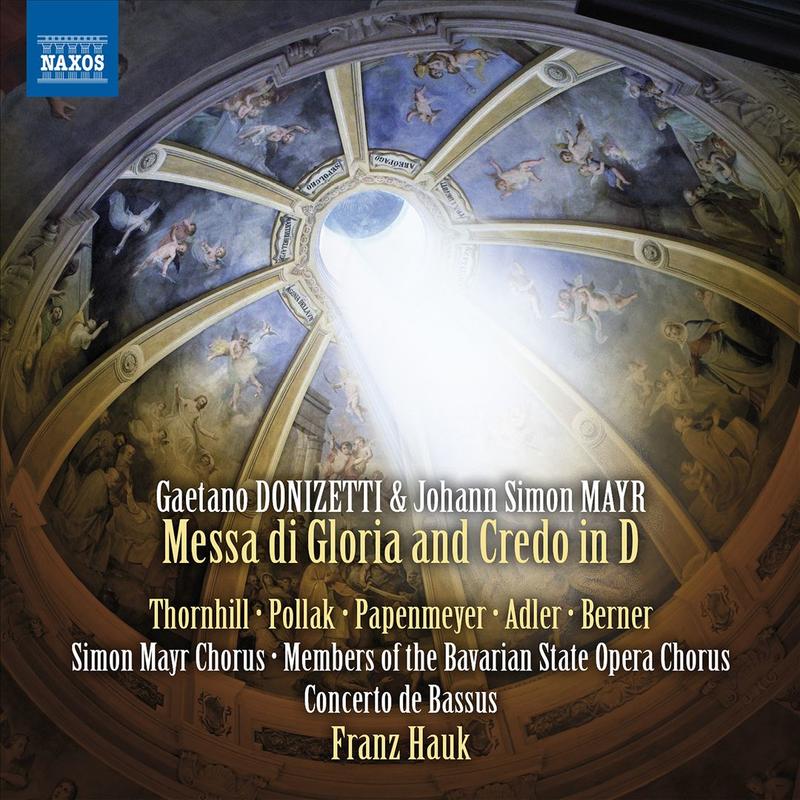 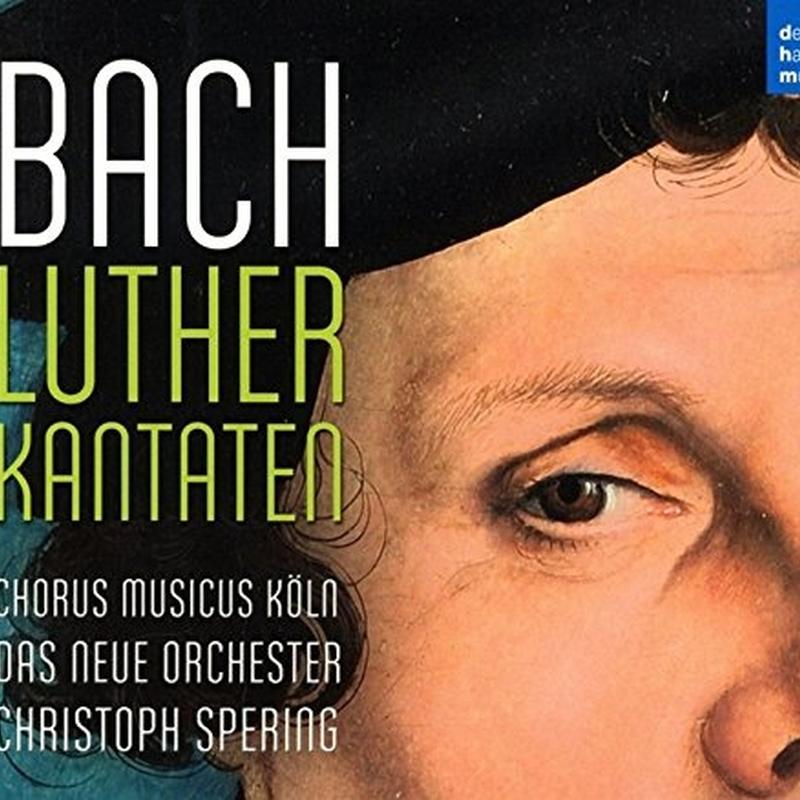 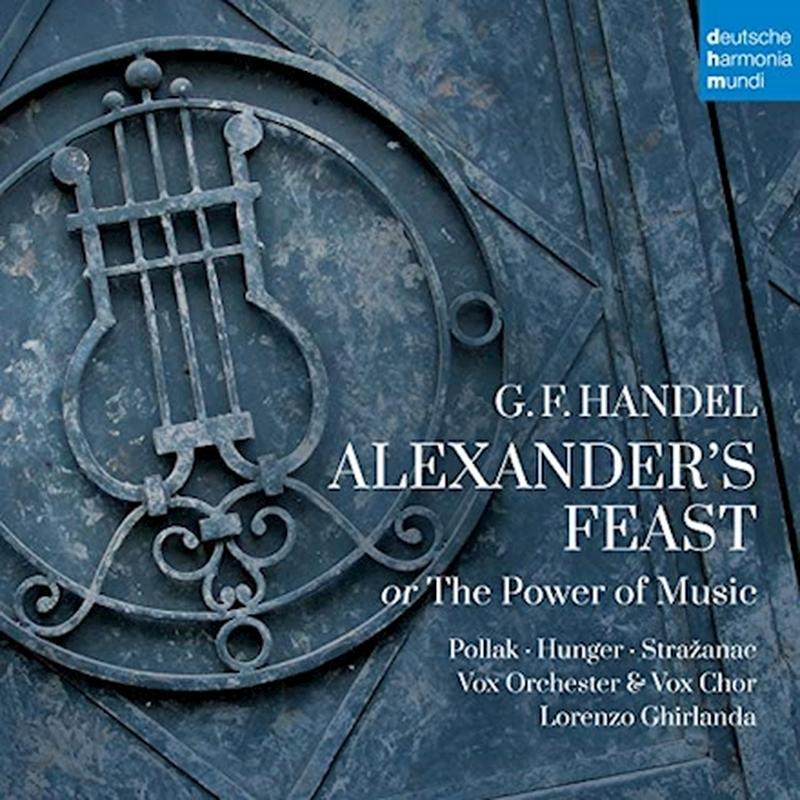 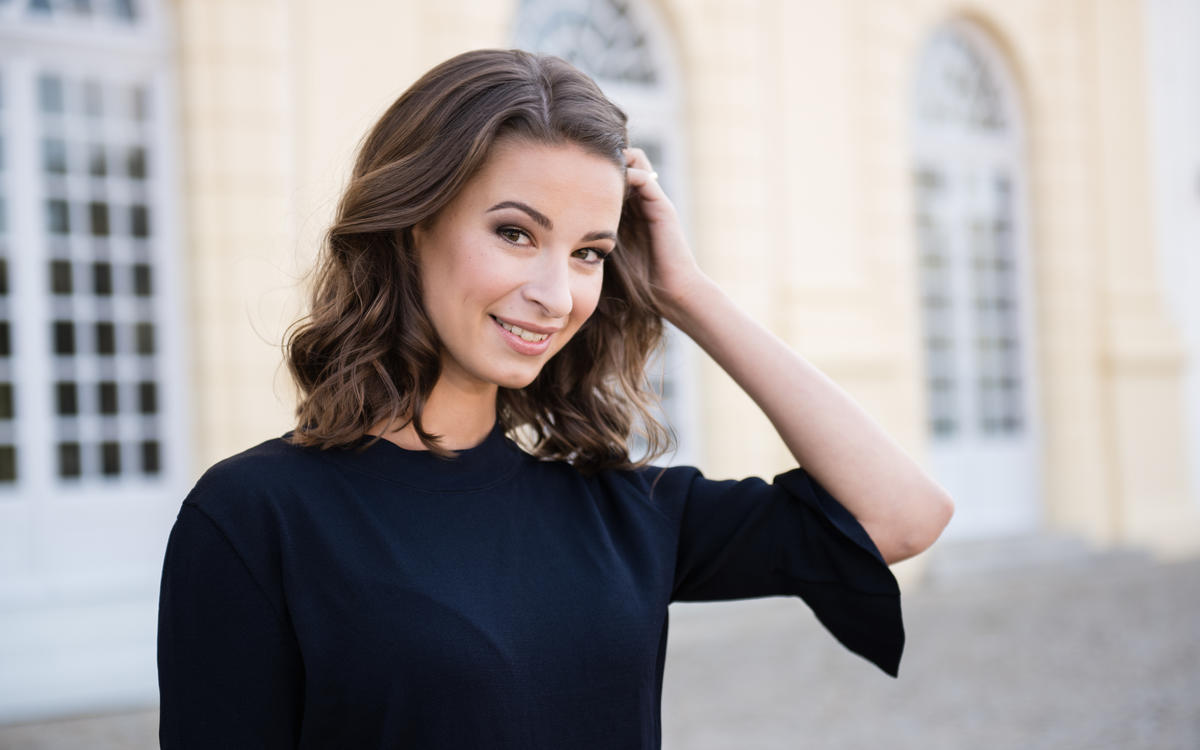 MARIE-SOPHIE POLLAK with Bach and Handel in Canada

Marie-Sophie Pollak makes her debuts with no less than three Canadian orchestras and ensembles in Bach’s Christmas Oratorio and Handel’s Messiah: the Orchestre Symphonique de Montréal, Les Violons du Roy in Québec and the National Arts Centre Orchestra in Ottawa. 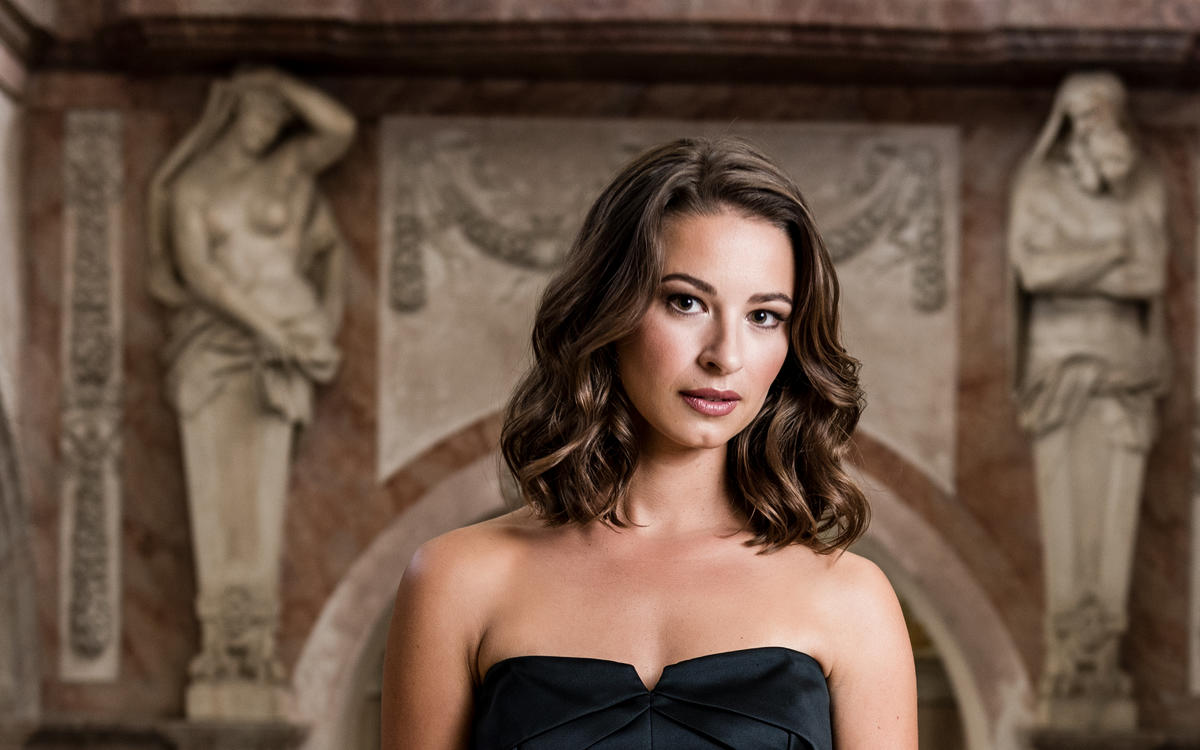 The German soprano embodies L’Amour in a new production of Gluck’s Orphée et Eurydice choreographed by John Neumeier at the Hamburg State Opera. 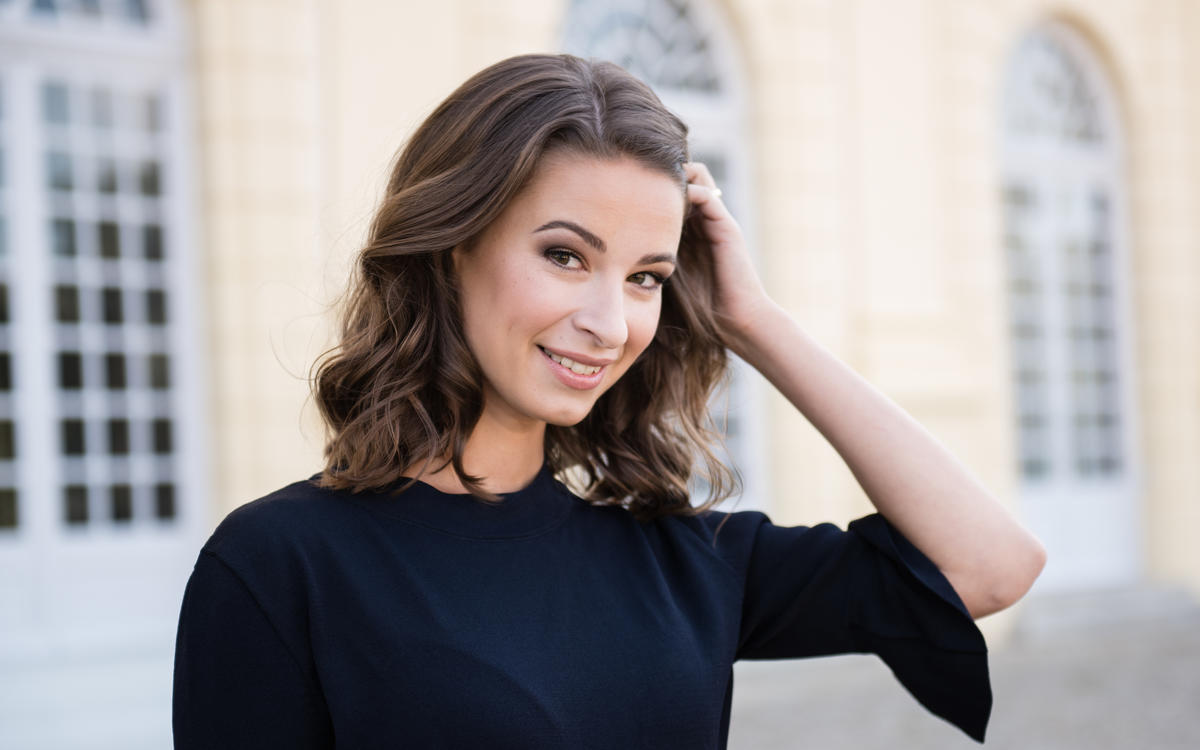 MARIE-SOPHIE POLLAK in Hannover and Düsseldorf

The German soprano Marie-Sophie Pollak appears as part of a concert tour in Haydn’s Die Schöpfung under Thomas Hengelbrock’s baton in Hanover and Düsseldorf.